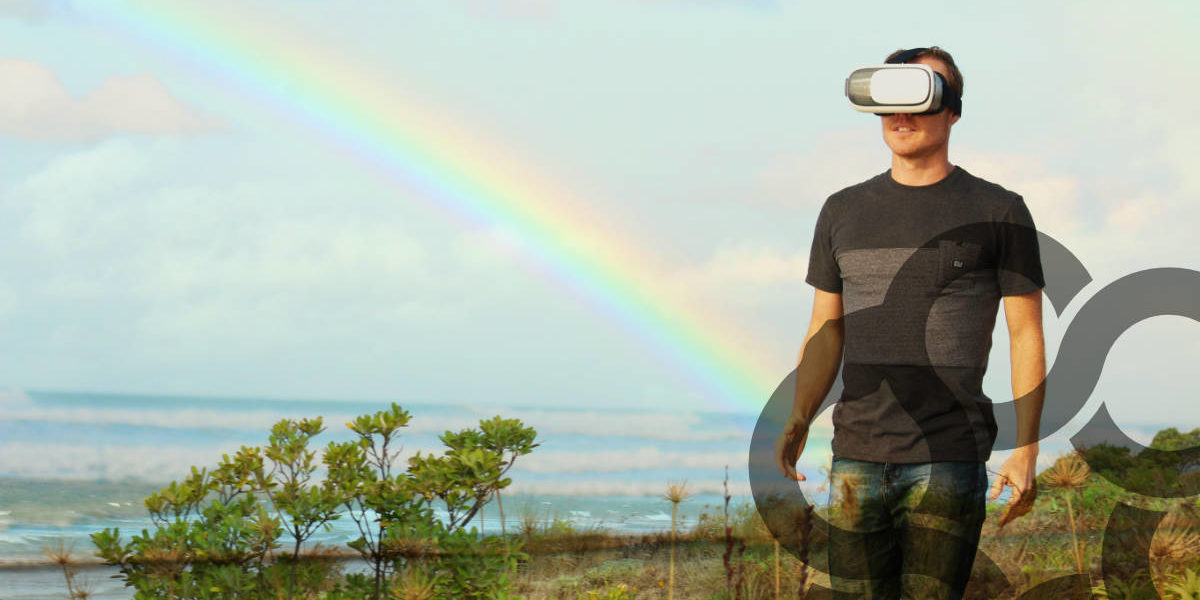 We have to admit right out of the gates here, we understand if you have a bit of cynicism attached to this topic. The world has been hearing about virtual reality for a very long time now. This writer very clearly remembers seeing “The Lawnmower Man” in cinemas as a child and it was being touted as the next big disruptive thing in technology way back then in the early 90’s (or one could even argue the mid 70’s given that Stephen King wrote the short story that it was based on in 1975). Since then there have been a huge amount of false starts and broken promises, from the very promising Pterodactyl Nightmare to the huge disappointment that was Nintendo’s Virtual Boy.

There is also a theme here: It was largely viewed as something for gaming only; an attitude which has stuck to the industry like pre-chewed gum ever since.

However in recent years Virtual Reality has been given a boost by a much more accessible technology:Augmented Reality . Rather than thrust you into an isolated digital world, AR brings the digital world into the real world. It was this technology that opened both technologies up to more practical uses in the minds of the world at large and since then uptake of both technologies has increased massively. Whether it’s augmented reality windscreens windows , windows , sesame street themed learning toys or something as simple as Pokemon Go (which is an AR app that any phone can run), AR opened people up to VR and both are booming, with Playstation, Oculus, HTC & a range of other companies all now with VR headsets on the market and the second and third generations of these in production. Trust us, it’s finally happening.

But why should you be excited about this?

Two words: Web Marketing. While this technology will obviously impact marketing across the board, the ability to engage in targeted experiential web marketing is something that we’re confident businesses will lose their minds over once it takes hold. Something we’ve yet to find a business with knowledge of is the fact that YouTube have already been testing out VR advertising since 2016 and virtual reality posts are already possible on Facebook. If you’ve ever seen a post that allows you to move your phone around to look 360 degrees around an environment then you’re actually playing with VR/AR and they have big plans for it moving into the future.

With that in mind, it’s just a matter of time before their advertising platforms permanently roll this kind of advertising out full time for web marketing purposes.

Why does experiential digital marketing matter?

To quote a great post by Omnivert based on a study of over 1000 Campaigns:

“For the same video placement and same video length, 360 degree video out-performed regular 2D video against the metric that every agency and marketer looks at when justifying performance of the campaign. On average, we saw an 85% VCR (Video Completion Rate) for 360° video creative. This was a 46% improvement over the 2D videos which had an average VCR of 58.2%. The specific performance varied by creative and length, but the results were clear. This new 360 degree video ad experience engages audiences better than standard 2D creative.”

To top this off, they saw a 300% increase in click through rates for static VR (photos) over regular photo content and a 410% increase in ROI. This is because interactive engagement far outperforms any other kind of advertising almost all of the time.

Case in point, we recently developed an Augmented Reality app for a client that allows you to go up to a property you’ve bought and (using your phone or tablet) place different houses on it to see what they’d look like. But it didn’t stop there. You could actually walk inside theses houses and do things like look out the window at the sunset to see where you’d like to place it on the property. We’ve even looked into being able to decorate the interior! It’s a mind blowing sales tool for any builder or developer and has many other potential applications that we’re looking into.

While AR & VR videos might not offer that same level of interaction (yet), it’s the immersion and interactivity that are key. Imagine being able to offer experiences like this via platforms such as Google Ads (formerly AdWords), YouTube or Facebook advertising utilising their extensive targeting options! Not only that but with the ever reducing costs of 360 video cameras and editing it’s hardly just for the big end of town. It could be something as simple as setting up a camera in the middle of your factory or showroom and giving them a tour, offering a first person view of what it’s like to use your product, or simulating the experience of your services. This is not a technology that will discriminate and you will be able to push it out through channels you already utilise.

So when can we expect widespread adoption?

This is a hard one to answer. It really depends on the development of new products by a few key companies. Sony is a big one to watch out for as their headset simply requires a playstation to function rather than a high end computer and you can watch YouTube in VR. It’s expected that their next console will be VR inclusive and launch around 2020-2021 so in terms of average household VR uptake this seems to be a key indicator. When it comes to AR however, its uptake is already booming with the new AR version of Google Maps, Pokemon Go, its Harry Potter equivalent and a range of other very practical and useful phone and tablet apps.

We’d probably say within the next 3 years, although it could take slightly longer. Either way, it’s no longer a fantasy so as a business it would definitely benefit you to keep a close eye on this so that you can take advantage. If you’ve got the time and money it wouldn’t hurt to start experimenting now!

As usual if you’d like any further information on today’s blog or to look into what your options might be with regards to web marketing in Brisbane and beyond then please feel free to get in touch!

Instagram bots are a BAD look for Web Marketing
January 17, 2019

Tips for web marketing in Brisbane over the holidays
December 6, 2018